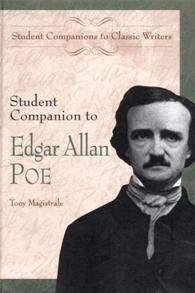 Investigates Poe's legacy, from his era to ours, focusing on his poetry, tales of terror, love stories, and detective stories.

One of America's greatest writers, William Faulkner wrote fiction that combined spellbinding Southern storytelling with modernist formal experimentation to shape an enduring body of work. In his fictional Yoknapatawpha County—based on the region around his hometown of Oxford, Mississippi—he created an entire world peopled with unforgettable characters linked into an intricate historical and social web. An introduction to the Nobel-Prize-winning author's life and work, this book devotes opening chapters to his biography and literary heritage and subsequent chapters to each of his major works. The analytical chapters start with his most accessible book, The Unvanquished, a Civil-War-era account of a boy's coming of age.

Taming of the Shrew

In one of Shakespeare's bawdier comedies, contemporary audiences still take great pleasure in the rapid-fire verbal battles between the shrewish Katharina and the canny Petruchio, determined to subdue Katharina's legendary temper and win her dowry. 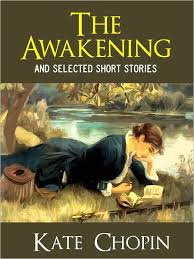 The Awakening and Selected Short Stories by Kate Chopin

The Awakening (1899) appears in this collection of short stories. Upon publication of the story Chopin's writing was highly praised, but the public was outraged by the content and only one edition was printed. The Awakening was rediscovered in the 1960s, when Chopin was praised for raising feminist questions. The story follows the personal discovery of a married woman of the things she did not even realize she was missing. 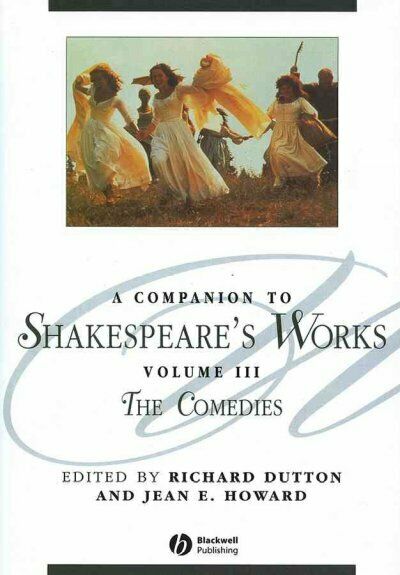 A Companion to Shakespeare's Work Vol 3: The Comedies,

"Companion to Shakespeare's Works, " compiled as a single entity, offers a uniquely comprehensive snapshot of current Shakespeare criticism. Brings together new essays from a mixture of younger and more established scholars from around the world - Australia, Canada, France, New Zealand, the United Kingdom, and the United States. Examines each of Shakespeare's plays and major poems, using all the resources of contemporary criticism, from performance studies to feminist, historicist, and textual analysis.

Collection of essays by Shakespeare scholars that have been selected for students at the high school or undergraduate college level. Each entry includes an introduction; a plot synopsis; a character list; a discussion of the work's principal themes; information about the style and literary devices used; a conversation about the work's historical context; and a critical overview 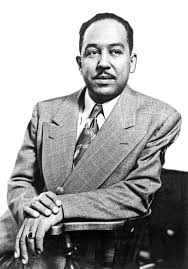 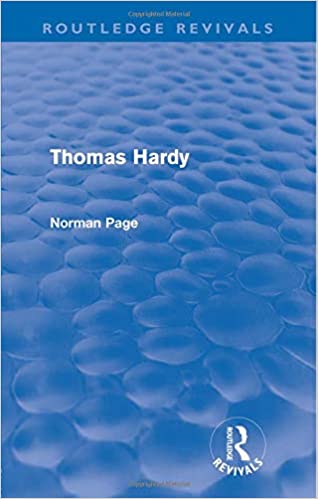 First published in 1977, this concise and insightful study of the life and works of Thomas Hardy provides a thorough examination of Hardy's literary output. Alongside a brief biography of Hardy's life, Professor Page's study also spotlights his major and minor novels, his short stories, his non-fiction prose and his verse. 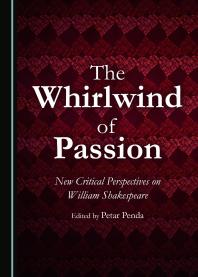 The Whirlwind of Passion : New Critical Perspectives on William Shakespeare

The Whirlwind of Passion: New Critical Perspectives on William Shakespeare is a combination of critical, linguistic, stylistic, translation and performance interpretations, providing a fresh insight into Shakespearean studies. It encompasses many different aspects of the Bard’s oeuvre, and thus explores various interpretative possibilities of the texts under scrutiny. 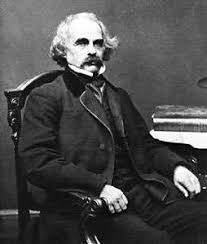 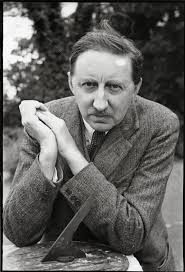 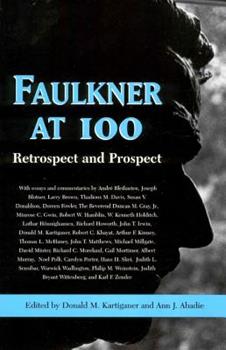 Essays in centennial celebration of William Faulkner and his achievement. In honor of his centenary the Faulkner and Yoknapatawpha Conference of 1997 brought together twenty-five of the most important Faulkner scholars to examine the achievement of this writer generally regarded as the finest American novelist of the twentieth century. The panel discussions and essays that make up Faulkner at 100: Retrospect and Prospect provide a comprehensive account of the man and his work, including discussions of his life, the shape of his career, and his place in American literature, as well as fresh readings of such novels as The Sound and the Fury, Sanctuary, Absalom, Absalom!, If I Forget Thee, Jerusalem, and Go Down, Moses. 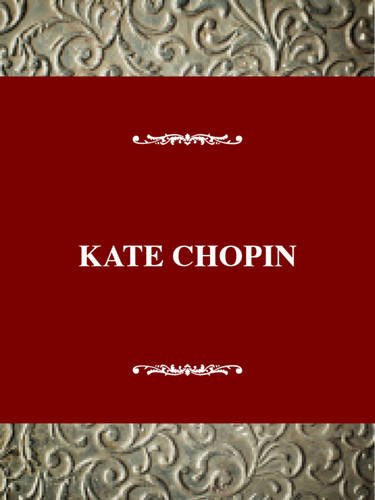 Offers a critical introduction to the life and work of the American novelist.

A twenty-first century version of Roger Fowler's 1973 Dictionary of Modern Critical Terms, this latest edition of The Routledge Dictionary of Literary Terms is the most up-to-date guide to critical and theoretical concepts available to students of literature at all levels. With over forty newly commissioned entries, this essential reference book includes: an exhaustive range of entries, covering such topics as genre, form, cultural theory and literary technique new definitions of contemporary critical issues such as Cybercriticism and Globalization complete coverage of traditional and radical approaches to the study and production of literature thorough accounts of critical terminology and analyses of key academic debates full cross-referencing throughout and suggestions for further reading. Covering both long-established terminology as well as the specialist vocabulary of modern theoretical schools, The Routledge Dictionary of Literary Terms is an indispensable guide to the principal terms and concepts encountered in debates over literary studies in the twenty-first century.

A New Handbook of Literary Terms offers a lively, informative guide to words and concepts that every student of literature needs to know. Mikics’s definitions are essayistic, witty, learned, and always a pleasure to read. They sketch the derivation and history of each term, including especially lucid explanations of verse forms and providing a firm sense of literary periods and movements from classicism to postmodernism. The Handbook also supplies a helpful map to the intricate and at times confusing terrain of literary theory at the beginning of the twenty-first century: the author has designated a series of terms, from New Criticism to queer theory, that serves as a concise but thorough introduction to recent developments in literary study. Mikics’s Handbook is ideal for classroom use at all levels, from freshman to graduate. Instructors can assign individual entries, many of which are well-shaped essays in their own right. Useful bibliographical suggestions are given at the end of most entries. The Handbook’s enjoyable style and thoughtful perspective will encourage students to browse and learn more. Every reader of literature will want to own this compact, delightfully written guide. 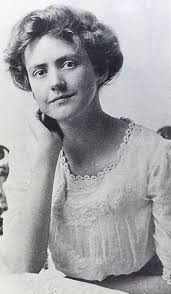 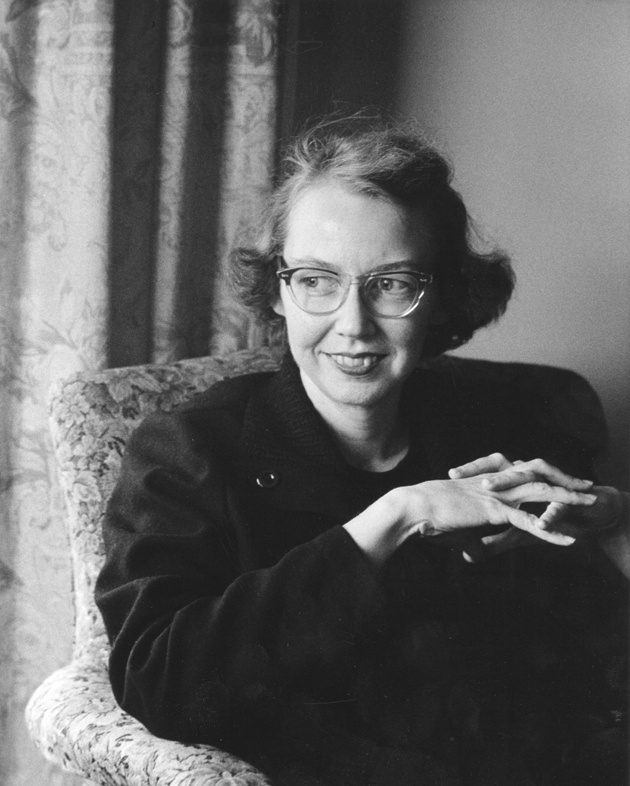 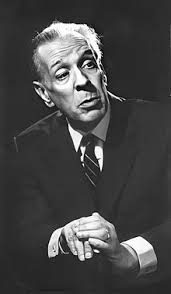 Presents a biography of Jorge Luis Borges along with critical views of his work. 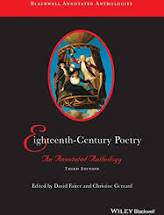 Currently the definitive text in the field and now available in an expanded third edition, Eighteenth-Century Poetry presents the rich diversity of English poetry from 1700-1800 in authoritative texts and with full scholarly annotation. Balanced to reflect current interests and "favorites" (including prominent poets like Finch, Swift, Pope, Montagu, Johnson, Gray, Burns, and Cowper) as well as less familiar material, offering a variety of voices and new directions for research and learning Includes 46 new poems with more texts by women poets and the inclusion of four additional poets (Mary Barber, Mehetabel Wright, Anna Seward, and Mary Robinson); poems reflecting new ecological approaches to 18th-century literature; and poems on the art of writing Accessible and user-friendly, with generous head notes, full foot-of-page annotations, an expanded thematic index, and a visually appealing text design

Poetry for Students(Vol. 29.): On Being Brought from Africa to America 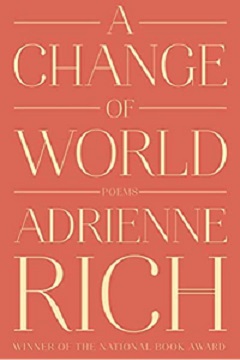 A Change of World

A Change of World was selected by W. H. Auden for the Yale Series of Younger Poets Award. Out of print for decades, this initial collection launched the career of a poet whose work has been crucial to discussions of gender, race and class, pushing formal boundaries and consistently examining both self and society.

The Shakespeare Book brings the work of William Shakespeare to life with full-color photography, images, idea webs, timelines, and quotes that help you understand the context of Shakespeare's plays and poems. From Shakespeare's most-famous plays, such as Romeo and Juliet and Julius Caesar, to less-frequently performed works such as King John and Henry VIII, every play of the Shakespearean canon is collected in this comprehensive guide, along with his major poems and best-loved sonnets. In The Shakespeare Book each play includes an at-a-glance guide to story chronology, so you can easily get back on track if you get lost in Shakespeare's language. Character guides provide a handy reference for casual readers and an invaluable resource for playgoers, and students writing reports on Shakespeare.

From ruined Louisiana plantations to bustling, cosmopolitan New Orleans, Kate Chopin wrote with unflinching honesty about propriety and its strictures, the illusions of love and the realities of marriage, and the persistence of a past scarred by slavery and war. Her stories of fiercely independent women challenged contemporary mores as much by their sensuousness as their politics, and today seem decades ahead of their time. Now, The Library of America collects all of Chopin's novels and stories as never before in one authoritative volume.

Songs of innocence and of experience

"Only twenty-one copies of the 'Songs of Innocence' and twenty-seven of the complete combined work are known to survive; the edition reproduced here, known as 'Copy Z', is one of the most elaborately painted."--Intro.

A little boy lost -- A little girl lost -- To Tirzah -- The school boy -- The voice of the ancient bard.

Portrait of the artist ; Chant for dark hours ; Unfortunate coincidence ; Comment ; Words of comfort to be scratched on a mirror ; News item ; Song of one of the girls ; Fighting words ; Inscription for the ceiling of a bedroom ; Experience ; Neither bloody nor bowed ; Bohemia ; Story ; Frustration ; Résumé ; One perfect rose ; Ballade at thirty-five ; Healed ; Pour prendre congé ; Coda ; The danger of writing defiant verse ; The actress / Dorothy Parker (1893-1967)

Etheridge Knight: A poem of attrition/Green grass and yellow balloons/Upon your leaving/Feeling f**ked up/The idea of ancestry/Hard rock returns to prison from the Hospital for the Criminally Insane