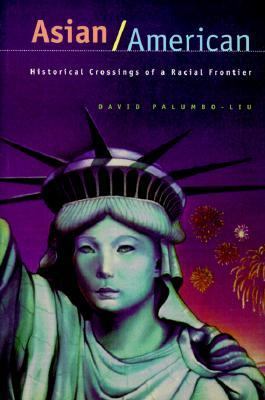 "This book argues that the invention of Asian American identities serves as an index to the historical formation of modern America. By tracing constructions of "Asian American" to an interpenetrating dynamic between Asia and America, the author obtains a deeper understanding of key issues in American culture, history, and society."--Jacket. 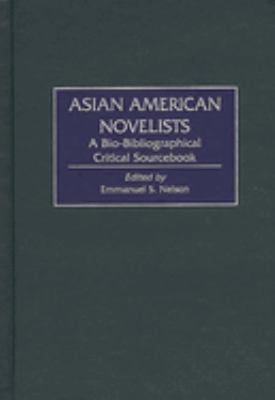 As a distinct area of literary study, Asian American literature now enjoys a level of critical recognition that was unimaginable when academic interest in the field began modestly some 25 years ago. Part of this recognition stems from the increasing contributions of Asian American novelists, whose works continue to capture growing levels of popular attention. By the early 1970s, anthologies of creative writing by Asian Americans began to appear, and there are now almost two dozen of them. Since then, numerous Asian American writers, such as Amy Tan, Michael Ondaatje, and Bharati Mukherjee, have gained considerable critical and commercial success. The publication of this reference work reflects the new academic status of Asian American literature. Included are alphabetically arranged entries for 70 Asian American novelists. Since the historical and current experiences of Asians in Canada and the United States are substantially similar, the volume covers authors from both countries. While the majority of the writers profiled in the volume have East Asian backgrounds, some have South Asian or West Asian origins. Each entry is written by an expert contributor and provides a short biography, a discussion of major works and themes, a summary of the novelist's critical reception, and separate bibliographies of primary and secondary sources. The volume concludes with a selected, general bibliography. 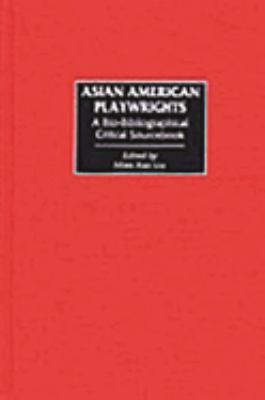 In the late nineteenth century, Asian American drama made its debut with the spotlight firmly on the lives and struggles of Asians in North America, rather than on the cultures and traditions of the Asian homeland. Today, Asian American playwrights continue to challenge the limitations of established theatrical conventions and direct popular attention toward issues and experiences that might otherwise be ignored or marginalized. While Asian American literature came into full bloom in the last 25 years, Asian American drama has yet to receive the kind of critical attention it warrants. This reference book serves as a versatile vehicle for exploring the field of Asian American drama from its recorded conception to its present stage. Included are alphabetically arranged entries for 52 Asian American dramatists of origins from India, Pakistan, Vietnam, the Philippines, Japan, Korea, and China. Each entry includes relevant biographical information that contextualizes the works of a playwright, an interpretive description of selected plays that spotlights recurring themes and plots, a summary of the playwright's critical reception, and a bibliography of primary and secondary works. The entries are written by expert contributors and reflect the ethnic diversity of the Asian American community. The volume closes with a selected, general bibliography, which includes anthologies, scholarly studies, and periodicals. 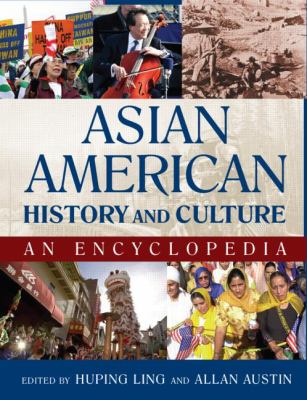 With overview essays and more than 400 A-Z entries, this exhaustive encyclopedia documents the history of Asians in America from earliest contact to the present day. Organized topically by group, with an in-depth overview essay on each group, the encyclopedia examines the myriad ethnic groups and histories that make up the Asian American population in the United States. "Asian American History and Culture" covers the political, social, and cultural history of immigrants from East Asia, Southeast Asia, South Asia, the Pacific Islands, and their descendants, as well as the social and cultural issues faced by Asian American communities, families, and individuals in contemporary society. In addition to entries on various groups and cultures, the encyclopedia also includes articles on general topics such as parenting and child rearing, assimilation and acculturation, business, education, and literature. More than 100 images round out the set. 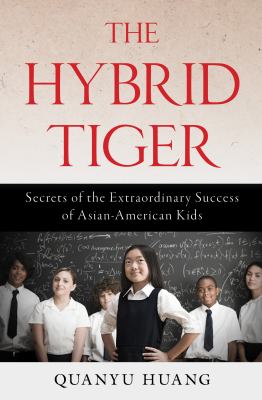 The hybrid tiger : secrets of the extraordinary success of Asian-American kids

Why do Asian and Asian-American students consistently perform so well on standardized tests' Why are students of Asian descent disproportionately admitted to America's top colleges' This informative and entertainingly written comparison of educational methods in America and China answers these questions and more, while assessing the strengths and weaknesses of each culture's distinctly different education systems. Education expert Quanyu Huang notes that both Asian and Asian American students excel early on at mastering lesson material and test-taking, whereas many of their non-Asian American peers do not perform as well. The author also points out that American students generally demonstrate far more creativity and independence than students in China, where conformity and rote learning are emphasized. This is evident from the American record of award-winning innovations and discoveries. 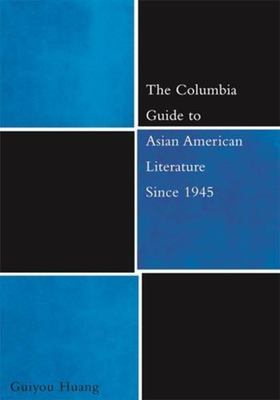 The Columbia Guide to Asian American Literature Since 1945

Guiyou Huang traces the history of Asian American literature from the end of World War II to the beginning of the twenty-first century. Huang covers six genres: anthology, autobiography/memoir, drama, fiction, poetry, and short fiction; reviews major historical developments and social movements; explains key literary terms; and offers a narrative, A-to-Z guide of major Asian American writers and their works, plus their critical reception. This guide covers Canadian and U.S. authors with cultural and ethnic origins in East Asia, South Asia, and the Pacific Islands. It begins with a discussion of works written shortly after World War II that explore the personal and political impact of the conflict, such as John Okada's No-No Boy and Hisaye Yamamoto's short fiction. Huang then focuses on the 1980s, when Asian American literature blossomed into a diverse, heterogeneous field characterized by a variety of themes, genres, and styles, and writers with multiple ethnic and cultural backgrounds. He considers the work of novelists Amy Tan and Maxine Hong Kingston, the poets Ai and Agha Shahid Ali, and more than 100 additional authors, including Frank Chin, David Henry Hwang, Jessica Hagedorn, Nora Okja Keller, Bharati Mukherjee, Gish Jen, Chang-rae Lee, Jhumpa Lahiri, Chitra Divakaruni, and Theresa Hak Kyung Cha. Huang points the reader toward further study for individual authors, and his selected bibliography suggests works of a more general nature, including literary criticism and histories, reference works, and collections of essays. Comprehensive though concise, clearly written but richly detailed, The Columbia Guide to Asian American Literature Since 1945 is an invaluable resource. 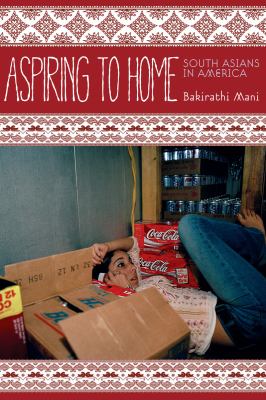 What does it mean to belong? How are twenty-first-century diasporic subjects fashioning identities and communities that bind them together? Aspiring to Home examines these questions with a focus on immigrants from India, Pakistan, and Bangladesh. Advancing a theory of locality to explain the means through which immigrants of varying regional, religious, and linguistic backgrounds experience what it means to belong, Bakirathi Mani shows how ethnicity is produced through the relationship between domestic racial formations and global movements of class and capital. Aspiring to Home focuses on popular cultural works created by first- and second-generation South Asians from 1999-2009, including those by author Jhumpa Lahiri and filmmaker Mira Nair, as well as public events such as the Miss India U.S.A. pageant and the Broadway musical Bombay Dreams. Analyzing these diverse productions through an interdisciplinary framework, Mani weaves literary readings with ethnography to unravel the constraints of form and genre that shape how we read diasporic popular culture. 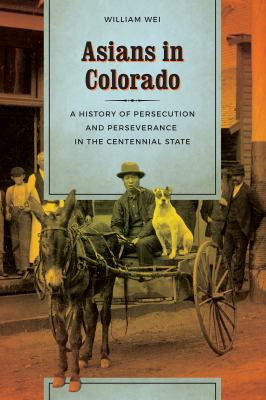 Providing the most comprehensive examination to date of Asians in the Centennial State, William Wei addresses a wide range of experiences, from anti-Chinese riots in late nineteenth-century Denver to the World War II incarceration of Japanese Americans at the Amache concentration camp to the more recent influx of Southeast Asian refugees and South Asian tech professionals. Drawing on a wealth of historical sources, Wei reconstructs what life was like for the early Chinese and Japanese pioneers, and he pays special attention to the different challenges faced by those in urban versus rural areas. The result is a groundbreaking approach that helps us better understand how Asians survived--and thrived--in an often hostile environment. Offering a fresh perspective on how cycles of persecution are repeated, Wei reveals how the treatment of Asian Americans resonates with the experiences of other marginalized groups in American society. His study sheds light not only on the Asian American experience but also on the development of Colorado and the greater American West. 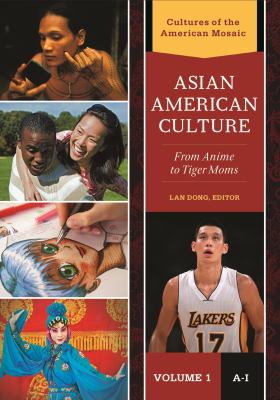 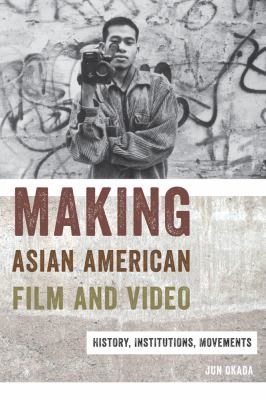 The words "Asian American film" might evoke a painfully earnest, low-budget documentary or family drama, destined to be seen only in small film festivals or on PBS (Public Broadcasting Service). In her groundbreaking study of the past fifty years of Asian American film and video, Jun Okada demonstrates that although this stereotype is not entirely unfounded, a remarkably diverse range of Asian American filmmaking has emerged. Yet Okada also reveals how the legacy of institutional funding and the "PBS style" unites these filmmakers, whether they are working within that system or setting themselves in opposition to its conventions.     Making Asian American Film and Video explores how the genre has served as a flashpoint for debates about what constitutes Asian American identity. Tracing a history of how Asian American film was initially conceived as a form of public-interest media, part of a broader effort to give voice to underrepresented American minorities, Okada shows why this seemingly well-intentioned project inspired deeply ambivalent responses. In addition, she considers a number of Asian American filmmakers who have opted out of producing state-funded films, from Wayne Wang to Gregg Araki to Justin Lin.    Okada gives us a unique behind-the-scenes look at the various institutions that have bankrolled and distributed Asian American films, revealing the dynamic interplay between commercial and state-run media. More than just a history of Asian Americans in film, Making Asian American Film and Video is an insightful meditation on both the achievements and the limitations of institutionalized multiculturalism. 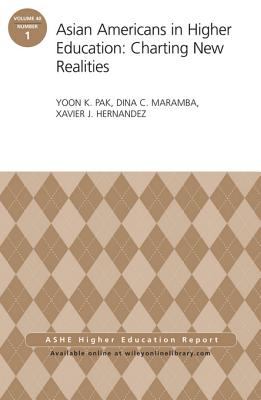 The Asian American and Pacific Islander (AAPI) population continues to obfuscate the discourse on diversity and higher education institutions. The historical and contemporary experiences of AAPIs in higher education clearly indicate that their presence has influenced and reinforced the importance of diversity in educational environments. To contextualize AAPIs' participation in postsecondary education, this monograph provides: A historical overview of the "model minority" stereotype The affirmative action debate and AAPIs Their involvement in the education pipeline A discussion of their experiences in college. Implications for future research, practice, and policy are further discussed. Educators, administrators, faculty, policy makers, and researchers who are concerned with diversity issues and the AAPI population will find this monograph an engaging and valuable resource.