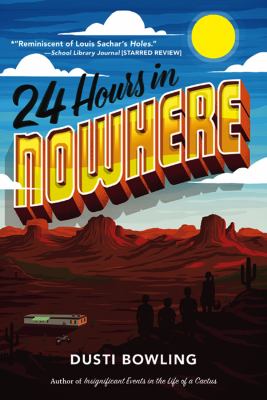 "Reminiscent of Louis Sachar's Holes with its quirky characters and unique desert setting, this is a middle-grade read that will easily transport readers somewhere special." --School Library Journal (Starred review) When you come from Nowhere, can you ever really make it anywhere? Author Dusti Bowling (Insignificant Events in the Life of a Cactus) returns to the desert to create a gripping story about friendship, hope, and finding the power we all have within ourselves.​   Welcome to Nowhere, Arizona, the least livable town in the United States. For Gus, a bright 13-year-old with dreams of getting out and going to college, life there is made even worse by Bo Taylor, Nowhere's biggest, baddest bully. When Bo tries to force Gus to eat a dangerously spiny cactus, Rossi Scott, one of the best racers in Nowhere, comes to his rescue--but in return she has to give Bo her prized dirt bike. Determined to buy it back, Gus agrees to go searching for gold in Dead Frenchman Mine, joined by his old friends Jessie Navarro and Matthew Dufort, and Rossi herself. As they hunt for treasure, narrowly surviving everything from cave-ins to mountain lions, they bond over shared stories of how hard life in Nowhere is--and they realize this adventure just may be their way out. 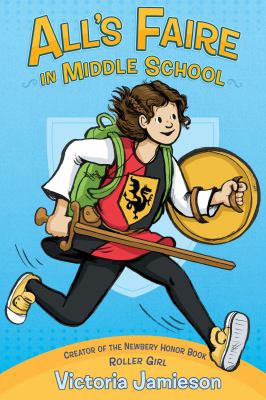 Calling all Raina Telgemeier fans! The Newbery Honor-winning author of Roller Girl is back with a heartwarming graphic novel about starting middle school, surviving your embarrassing family, and the Renaissance Faire. Eleven-year-old Imogene (Impy) has grown up with two parents working at the Renaissance Faire, and she's eager to begin her own training as a squire. First, though, she'll need to prove her bravery. Luckily Impy has just the quest in mind--she'll go to public school after a life of being homeschooled! But it's not easy to act like a noble knight-in-training in middle school. Impy falls in with a group of girls who seem really nice (until they don't) and starts to be embarrassed of her thrift shop apparel, her family's unusual lifestyle, and their small, messy apartment. Impy has always thought of herself as a heroic knight, but when she does something really mean in order to fit in, she begins to wonder whether she might be more of a dragon after all.  As she did in Roller Girl, Victoria Jamieson perfectly--and authentically--captures the bittersweetness of middle school life with humor, warmth, and understanding. 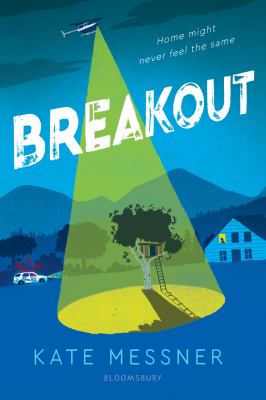 Told in letters, poems, text messages, news stories, and comics--a series of documents Nora collects for the Wolf Creek Community Time Capsule Project--Breakout is a thrilling story that will leave readers thinking about who's really welcome in the places we call home.Nora Tucker is looking forward to summer vacation in Wolf Creek--two months of swimming, popsicles, and brushing up on her journalism skills for the school paper. But when two inmates break out of the town's maximum security prison, everything changes. Doors are locked, helicopters fly over the woods, and police patrol the school grounds. Worst of all, everyone is on edge, and fear brings out the worst in some people Nora has known her whole life. Even if the inmates are caught, she worries that home might never feel the same.A Mighty Girl Best Book of the Year 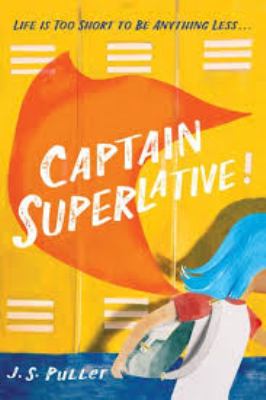 "Have no fear, citizens! Captain Superlative is here to make all troubles disappear!" Red mask, blue wig, silver swimsuit, rubber gloves, torn tights, high top sneakers and . . . a cape? Who would run through the halls of Deerwood Park Middle School dressed like this? And why? Janey-quick to stay in the shadows-can't resist the urge to uncover the truth behind the mask. The answer pulls invisible Janey into the spotlight and leads her to an unexpected friendship with a superhero like no other. Fearless even in the face of school bully extraordinaire, Dagmar Hagen, no good deed is too small for the incomparable Captain Superlative and her new sidekick, Janey. But superheroes hold secrets and Captain Superlative is no exception. When Janey unearths what's truly at stake, she's forced to face her own dark secrets and discover what it truly means to be a hero . . . and a friend. Debut author J.S. Puller delivers an inspirational story full of heart, humor, and breathtaking revelations. 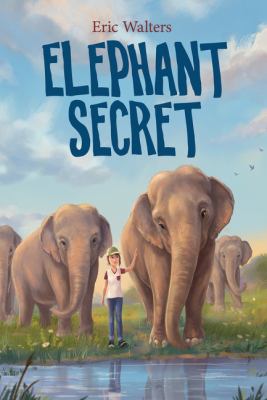 We Bought a Zoo meets Jurassic Park in a gripping story featuring the evergreen appeal of human-animal friendships and set in an elephant sanctuary, about a thirteen-year-old girl, a cast of elephants, and a surprising new arrival--a woolly mammoth. Sam was born and raised in an elephant sanctuary. When a beloved elephant dies giving birth, Sam develops a connection with baby Woolly--who isn't actually an elephant but was cloned from woolly mammoth DNA. And the billionaire genius behind the cloning experiment will stop at nothing to protect his investment. Smart, determined, and loving, Sam stands up to this powerful adversary to protect the sanctuary and her herd. In the best tradition of child-animal friendship stories, Elephant Secret explores the strong and complex bond between Sam and her elephants while offering a fascinating, authentic glimpse into elephant--and human--behavior. 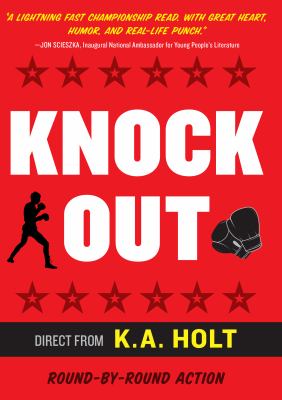 Levi just wants to be treated like a typical kid. As a baby, he had a serious disease that caused him respiratory issues. He's fine now, but his mom and overprotective brother still think of him as damaged, and his schoolmates see him as the same class clown he's always been. He feels stuck. So when his dad--divorced from his mom--suggests he take up boxing, he falls in love with the sport. And when he finds out about a school with a killer boxing team and a free-study curriculum, it feels like he's found a ticket to a new Levi. But how can he tell his mom about boxing? And how can he convince his family to set him free? 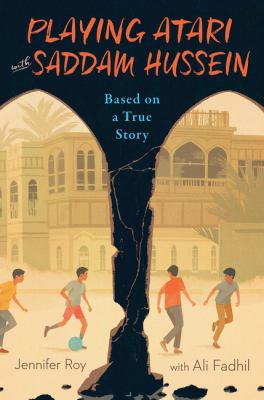 At the start of 1991, eleven-year-old Ali Fadhil was consumed by his love for soccer, video games, and American television shows. Then, on January 17, Iraq's dictator Saddam Hussein went to war with thirty-four nations led by the United States. Over the next forty-three days, Ali and his family survived bombings, food shortages, and constant fear. Ali and his brothers played soccer on the abandoned streets of their Basra neighborhood, wondering when or if their medic father would return from the war front. Cinematic, accessible, and timely, this is the story of one ordinary kid's view of life during war. 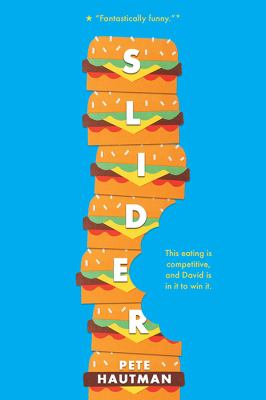 Competitive eating vies with family expectations in a funny, heartfelt novel for middle-grade readers by National Book Award winner Pete Hautman. David can eat an entire sixteen-inch pepperoni pizza in four minutes and thirty-six seconds. Not bad. But he knows he can do better. In fact, he'll have to do better: he's going to compete in the Super Pigorino Bowl, the world's greatest pizza-eating contest, and he has to win it, because he borrowed his mom's credit card and accidentally put $2,000 on it. So he really needs that prize money. Like, yesterday. As if training to be a competitive eater weren't enough, he's also got to keep an eye on his little brother, Mal (who, if the family believed in labels, would be labeled autistic, but they don't, so they just label him Mal). And don't even get started on the new weirdness going on between his two best friends, Cyn and HeyMan. Master talent Pete Hautman has whipped up a rich narrative shot through with equal parts humor and tenderness, and the result is a middle-grade novel too delicious to put down.