Primary Sources: What are they?

As stated in the Library of Congress site, "Primary sources are the raw materials of history — original documents and objects which were created at the time under study."

For example:  photographs of a protest march, a legal document such as The Constitution, the speech given by a famous person, a painting of a battle scene done by a witness, a letter from a king to another, an audio interview with a person who witnessed an important event, etc.

Accounts or interpretations of events created by someone without firsthand experience, or analysis done after the fact, are "Secondary Sources."

For example: an analysis of why the French Revolution changed the social classes in Europe, a book in which the author explains what happened during the battle of Agincourt, an article with someone's opinion on the influence of the "I have a dream" speech by Martin Luther King, Jr, etc.

In the EBSCO databases, use the "Advanced Search" menu when you do a search, and limit the "type of publication" to primary source documents, like this: 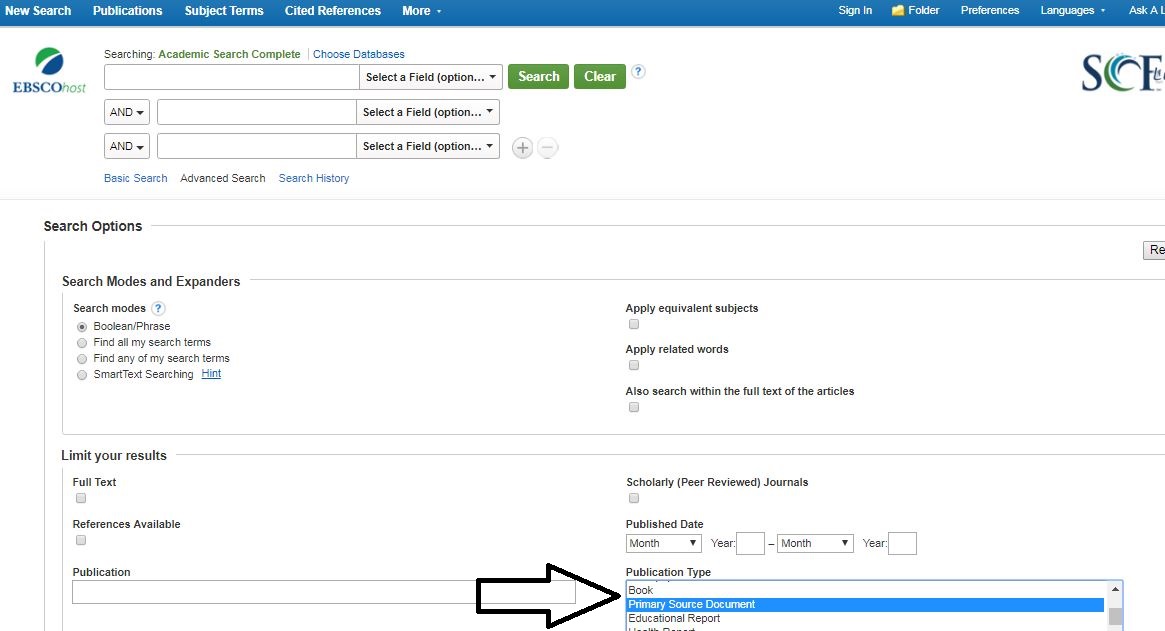